A downloadable game for Windows

The myth, the legend,.. It is here! The very first Burnin' Rubber!
See where it all started and how it evolved from one of our first racing games to the series it is now. Are you ready to experience the first Burnin' Rubber ever? You can get this game for FREE by becoming a Hero through our patreon! https://www.patreon.com/xformgames

- 3 Vehicles
- 3 Worlds & 6 Tracks
- 3D graphics, sound and stuff
- Burnin' Rubber has been upgraded from a webgame to a full standalone title!
- That's about it ;)

- We went through hell and back and the game is working. Biggest fix ever!
- Most art & sound assets are uncompressed
- Where possible we're using the highest resolution of textures we have, some have been upscaled for proper use on higher resolutions.
- Implemented bloom.
- Support resolutions up to 4k!
- Experimental gamepad controls
- For consistency reasons we have switched the nitro & handbrake buttons around. Sorry BR purists ;)
- Don't forget Control for looking backwards! Press 1, 2, 3 or 4 to look around your car.
- Proper, elegant Win10 fix! - Credits to TOMYSSHADOW aka Anthony Kleine

The game is very old, running on obsolete technology. However it should work without any major issues, although a random crash might occur.
You can quit in the main menu, pressing Ctrl + Q during game - or old skool by pressing the window close button.

Burnin' Rubbber  should run properly even on older machines (5+ years old). This version does use a bit more video memory due to the some higher resolution menu and world textures. Please note performance will degrade more when running the game in a higher resolution and with more of the experimental advanced features turned on as these are not hardware accelerated. We recommend running the game in 1280x960.

Burnin' Rubber  is 4:3 and runs in a window.  Only experimental fullscreen functionality (Alt+Enter). Best fullscreen result is your native resolution.

Burnin' Rubber  was made with Adobe Director, which has become obsolete over the past few years.  We are trying to keep this game (and our other games) from being forgotten or lost.  The game is fully functional, even on Windows 10.

Please mail for help or any issues to support@xformgames.com

***
You can get this game for FREE by becoming a Hero through our patreon! https://www.patreon.com/xformgames
You can also follow us at work on twitter @XformGameDev
Like us on Facebook! http://www.facebook.com/Xform
Or watch game footage on http://www.youtube.com/xformgames

In order to download this game you must purchase it at or above the minimum price of $1.99 USD. You will get access to the following files:

When will any of the traffic slam games be released as standalone games?

I can move them up a bit, but we have couple of games in the backlog to do first. We're going as fast as we can...

Like to do them though :D Especially the first.  I am most 'scared' for the second one as that is Flash

When will Burnin' Rubber 2 standalone be released?

Can You All Itch.io Your Games Make For Free Please...

Everyone Will Love It

Hi XForm! Are you guys going to make a standalone version of Army Of The Dammed? If so I be glad to buy it.

Wow..the latest update makes the CPU step up its game this time, and the game overall runs a bit smoother. Thank you!

No thanks! I made a small error when implementing some basis gamepad controls which indirectly influenced a bit of the AI behaviour as well :( Sorry

;-; My childhood, now it’s paid. I wanted to play this as standalone yet I play it on Internet Explorer browser.

Hey Xform, did you fixed the AI problems we had earlier?

Hey Xform, can you publish Burnin’ Rubber 2? Make Sure you Check the game, source codes. The Shockwave had your game files & Unity3dgames has publicly available.

Xform said that they will release BR2 standalone. Be patient.

PLease fix This Problem in this game! Game should be difficult, like Opponent performing well turns, crashes into player by the very back end of corner of where it’s, to turn your car very hardly towards backwards.

AI behaviour has been addressed in the latest build

But the cpu should perform well like it did before!

It is the same - there have been no changes to the AI behaviour. Maybe your memory of the game is different than it actually was. It has been a while ;)

Hey xform, do cars flip In this game? Because when I hit computer opponent in Desert Canyon above the bridge, the car flew inside the canyon mountain. then this happened:! The car was upside down when respawned above the bridge, but the it sank under the bridge, & car was straight when sank, but again it flipped & sank, then respawned. Had to take the weird screenshot. Also, when Computer Oppnent’s car at starting on bridge hit me, I flew out of the level, but then respawned. Imean, i flew out really far, I can see the level’s in geoid shape!

Would’ve prefered without bloom, but thats fine. Thanks for adding controler support, even I used laptop keys for playing.

You can turn off bloom in the advanced section of the starter. It should be off per default though...

I was addicted to Burnin' Rubber as a child!

I tried out the game, and it was awesome! Also, I subscribed in Patreon!

It was awesome exept the fact that opponent ai is broken.

To be honest, I thought I was the only one. It gets stuck in the very few seconds of the game, like “WHY WONT WONT YOU TURN DAMN IT”

Hopefully Xform will start fixing bugs in thier games.

:D Did you played back in those days?

NO, if you want to play & can’t resist, buy it. It’s in-budget game. You should buy it, not someday. 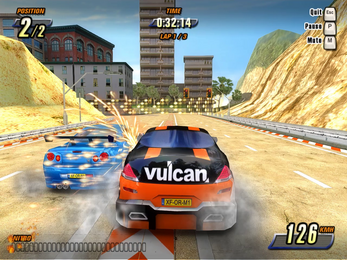 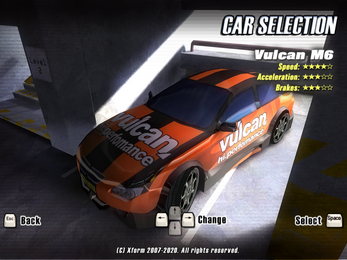 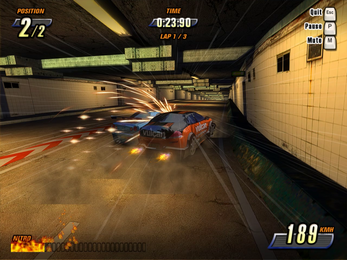 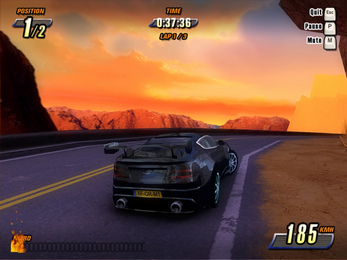 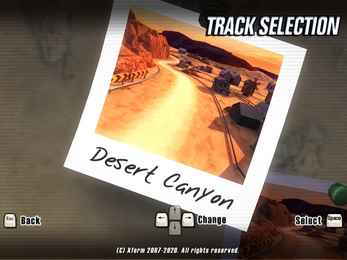 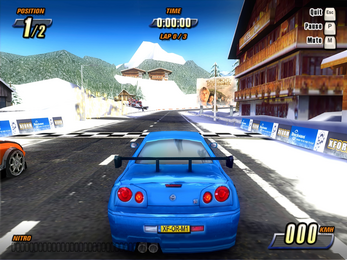 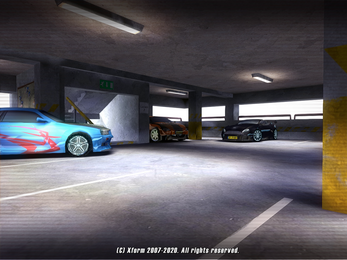