A downloadable game for Windows

Rule the world in this fast-driving, explosive racing extravaganza! Play the Daily Challenge or take on the globe in World Domination! Burnin' Rubber 3 is filled with fast cars and explosive challenges. Are you ready to dominate the world?

You can get this game for FREE by becoming a Hero through our patreon! https://www.patreon.com/xformgames

Burnin' Rubber 3 has been upgraded from a webgame to a full standalone title!

Burnin' Rubbber 3 should run properly even on older machines (5+ years old).
This version does use more video memory due to the highres car and menu textures - this can cause issues on older non-dedicated video cards!
Please note performance will degrade more when running the game in a higher resolution and with more of the experimental advanced features turned on.
We recommend running the game in 1024x768.

Burnin' Rubber 3 is 4:3 and runs in a window. Only experimental fullscreen functionality (Alt+Enter).

Burnin' Rubber 3 was made with Adobe Director, which has become obsolete over the past few years. We are trying to keep this game (and our other games) from being forgotten or lost. The game is fully functional, even on Windows 10.

However, Windows 10 users beware! Issues can arise when you are on Windows 10 using a NVIDIA graphics card. We implemented a workaround to get the game up and running for Windows 10.

Please mail for help or any issues to support@xformgames.com

***
You can get this game for FREE by becoming a Hero through our patreon! https://www.patreon.com/xformgames
You can also follow us at work on twitter @XformGameDev
Like us on Facebook! http://www.facebook.com/Xform
Or watch game footage on http://www.youtube.com/xformgames

In order to download this game you must purchase it at or above the minimum price of $2.99 USD. You will get access to the following files:

I tried the web version of the 5th game and I loved it so I decided to buy this but whenever I start it there is no option to move the window so that it fills the screen or an option to continue from the start screen and actually play the game. I pressed everything and nothing works. I am playing on windows 10 if it helps with anything.

That is odd - if you start the game through BurninRubber3.exe you should be presented with a small window to choose resolution, show border, etc. As well as some advanced options. Do you have this window?

Yes I had that window. I had found out that the higher resolutions move the screen down slightly so I cant see or press the start button. I recently completed the game and I enjoyed it allot.

My resolution is really messy, I dont know how to fix it but my game wont show up the whole interface, Its very weird its like the game does not fit on my screen or something

My game doesn’t save. It doesn’t say, “Continue Domination” like it was supposed to.

where did you install the game? are you using the itch app?
And are you logged in (windows) with enough permissions?

Hello xform.l want to tell you reason why are you banned other games?

Why i cant save my game? every time i exit the game and my game just get reset, sor for my poor english

Maybe the save game location is not accessible (something with administrative rights?). %USERPROFILE% \AppData\LocalLow\Adobe\Director 11\BurninRubber3

Great, great. But a question I have is how do you unlock all the body parts? Is it based on daily challenges? Since you can't just replay missions for gaining a random one again and again ...

Sorry if you addressed this in the past or someone asked about it before.

Edit: I found out eventually that it is, indeed, based on daily challenges, but I won't remove this comment solely because I want to thank you all again for these games. Staying tuned for the second game. Cheers!

@XformGames Can you publish this game on Steam?

Xform, how can I install update? I purchased this game when I didn’t even had a account. Now that I have my account, I don’t know how to update this game. Please, I need to update my game.

This game’s well made I must say.

Best thing you can do is to use the itch app.
https://itch.io/app

With the app you can install & update the games as you would do in e.g. Steam as well. Savegames should stay

This game’s nostalgic. I used to play it back when I was a child. The drift sound + Snow tracks + Phaser GTI’ are nostalgic. Thank you for retrieving this game and Burnin’ Rubber 1, 4.

XForm... Can you please add WASD and MouseClick shoting? this controls are very awkward to use

Can i buy the game with card from Brazil? or do i need to use PayPal?

You need to check with itch.io. It varies per country.

I played this when I was like 7 bro... I was searching for this game for years, took this game off of every flash website.

fax that was my childhood bro :(

my too :( these old memorie

Is there any way how to make custom textures?

Yes, the textures can be loaded externally. Go to ..\Burnin' Rubber 3\Data\Cars\Mods\ (folder where BR was installed - defaults to Program Files (x86)) en read the ReadMe.txt for creating skins.

I am want to make custom track textures. But i cant :(

I Bought this game a couple months ago and never got to play Burnin Rubber 3 because I never had the time, So after awhile I wanted to play again but I never saved the download link. Could you please email me the download link. I Have proof of me buying the game that I will show you if you want.

Have a nice day

First of all I would like to say that your game is amazing and that you should continue making these type of games because I think everybody would love them.

When I boot up the game it works fine. Although the sound is sort of choppy and distorted. Another thing I noticed is that when I quit the game and boot it back up the game doesn't save. I have no idea why that happens, could somebody please help me with this problem?

That's all I have to say about the game, as I mentioned above I think that you should probably continue making these type of games, once you have the time.

Sorry if my English is bad because I'm not from the UK or US.

Is there any controller support or should I expect to have to set up JoyToKey? It's such an old game that I don't expect it to support controllers, but I figure I'll ask anyway since I don't see anyone else here talking about tha

Sorry - no controller support afaik.
I know we tried some support using an Xtra but I dont think that has been implemented.

can I make a return?

A return to what? If you mean Discord because you were banned: no. Sorry.

I think you can ask for one from itch.io ?

do you know how by any chance

What do you mean he was banned? What did he do?

The fact that a Flash Game I grew up with is now a Standalone I can run at anytime is amazing, I loved this game a lot growing up, it's a memory trip, and pure nostalgia, it's just as good as I considered it back then

HI. Is this one time purchase or monthly renew?

You just purchase the game once and you have it permanently. With that same account, you can get it on other devices.

Hey XformsGames, can you try to rebuild the game recreate it into a whole new game? Can you do it? Please reply i really enjoy this game i finished the entire game for 2nd round is very fun.

If someone is interested in playing this game in widescreen resolutions, I've just made a video that shows how:


Beware that the game doesn't support widescreen properly, and the UI is a bit broken as a result, but it's pretty playable! :)
Reply
GamerHeaven2 years ago

Thank you it worked, this is very useful for us.

Oh my! I've finished the whole game! It was so nostalgic. It's nice that you can finally put new rims to your cars and remove tuned bumpers. And thesesgraphical effects makes this game look much better! Sometimes errors occur and for ex. some things gets white or music is gone or error window opens (some times clicking yes fixes everything, but sometimes it doesn 't work and you have to click no and them game crashes).

Sorry for the inconvenience. It's a bit of a (very) old engine and not very stable :(. We can't really do maintenance or bugfixes anymore since it's almost impossible to even run the development environment and create new builds.

This is one of my absolute favorite childhood games, the other one being Serious Sam... It's absolutely tragic how Adobe is screwing developers like this.

Yeah, I’ve completed the game too, with all hidden packages and almost unlocked all cars. Coyote (helicopter) can’t fly, and it’s slow vehicle). This game is truly nostalgic. Now it’s offline, I can play anytime, even internet connection won’t stop me from playing it. The only thing I found weird, is that when you play boss level in Europe, and you’re behind the truck under it, and when it releases mine, a dialog box shows

I wonder if the owner of this game can add new cars and new missions?

Hey Xform, i want buy this game,but i dont know purchasing  does in taiwan ?

What should I do when the game is not saved continuously?

Just purchased a copy of the game, looking forward to the nostalgia.

hey XFORM, if you are going to make games like this in the future will you add new cars? If you do please add a Nissan pathfinder 2010 because it's the car I have and is my favorite.

So, my dad decided to buy this for me too :D. Please read my comment on burnin' rubber 4 to understand

Hey Xform, can you please bring back BR3 and other BR vers to website please.

Thanks for your message - unfortunately we're unable to bring back the original versions. 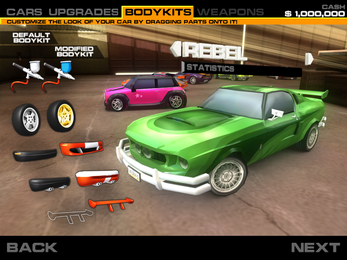 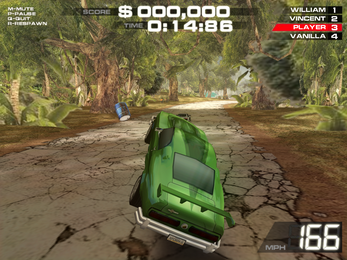 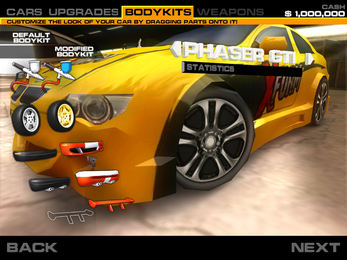 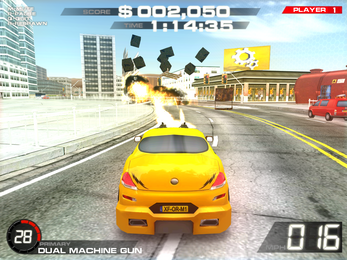 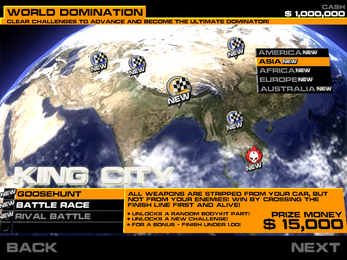 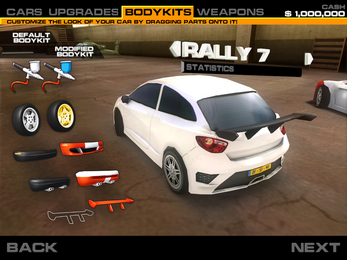 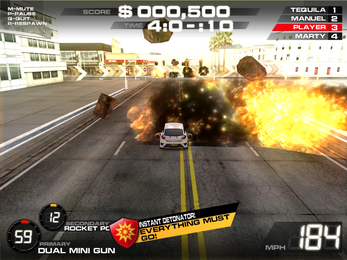